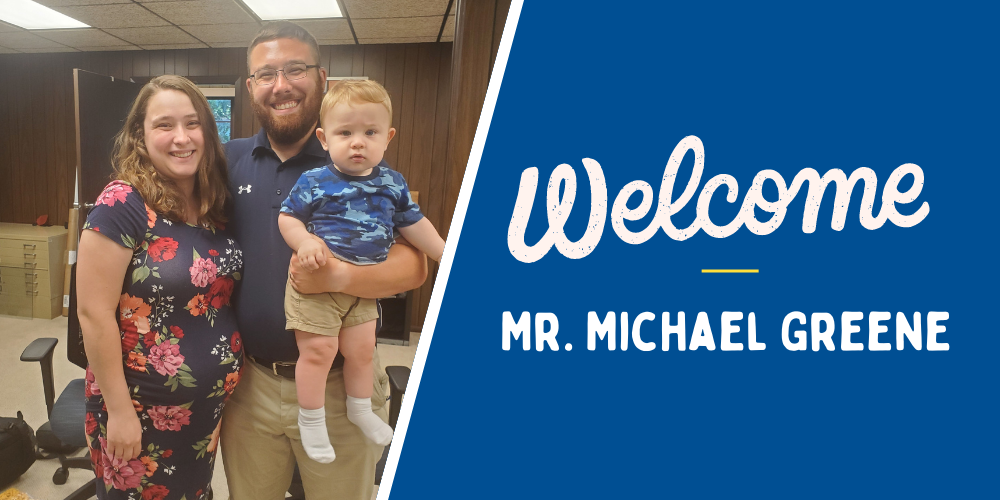 Michael Greene was hired as the new band director for Independence Local Schools at the Board of Education meeting on August 2.

“We are hiring people to teach and lead,” said Superintendent Ben Hegedish. “The band director works with 60 to 100 kids all year and the impact on students is critical.”

Greene earned a Bachelor of Music in Music Education at Kent State University. He also spent four years in the U.S. Army School of Music, where he played the tuba in the 122nd Army Band of the Ohio Army National Guard. He worked as an assistant marching band director for the Cloverleaf Local School District in Lodi, has worked as a substitute teacher in several Ohio school districts, and is a member of the Ohio Music Educators Association.

While his primary instrument is tuba, he has also played the clarinet, saxophone and trombone. He said he was interested in the position because he liked the idea of a smaller town area. “When it became clear the administration and I were on the same page, it was a no-brainer,” said Greene.

Retired Independence band director Ken Gunlicks had taken over band camp as the interim director during the transition, but Greene felt it was important to come to band camp and meet with the students.

“I was proud the kids were able to handle the transition,” he said. “There was no pushback when I wanted to try new things. I had a good rapport with the kids and now I know about 70% of their names.”

Greene even brought his wife, Paityn, and son, Michael, to band camp for a day.

“We are excited to have you on board and I completely trust you with our band,” said Hegedish.

Looking ahead, Greene said he hopes to grow the marching band program by 30-40 students, bringing the total closer to the 100s. He would also like to create more opportunities for students not in a performance-based ensemble.

“I want to get everyone involved in the district, not just band and choir,” he said, adding that he would continue the digital music creation class the school offers.  Board member Lynne Laski said the board will support Greene if he decides to come up with new classes.