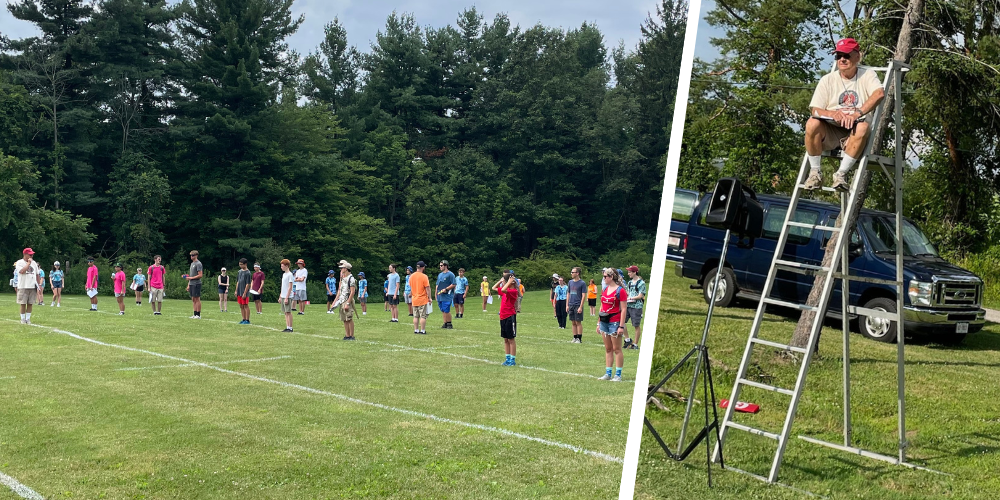 When band director Matt Schatt amicably left his role for a position with the University of Cincinnati, the Independence Board of Education called in a veteran to act as interim director during the transition period.

“I never thought I would do that,” said Gunlicks. Early in his career, he couldn’t believe staff members had been in their positions for 20-plus years, but after more than three decades in the profession he said, “I don’t regret it at all.”

Gunlicks stepped in to lead the high school marching band through their two weeks of band camp this summer, one week at home, and one away. He said it was a nice setup, nice facilities, and he had a good rapport with everyone.

“You are there for the kids to create an environment to learn and have fun,” he said. “Without this band camp, they would have been at a loss.”

After 13 years of retirement, he never thought he would need to dust off his old drills and other resources from his time as director. He created a drill for one of two shows student musicians are learning and helped them to learn the other drill the previous director made.

Gunlicks was initially surprised when Superintendent Ben Hegedish asked if he would consider stepping in as the interim director. But he said, “Under the circumstances, I thought they may come to me.”

“There is no doubt that Ken Gunlicks was literally and figuratively instrumental in our band program having camp and starting the summer with success,” said Hegedish.  “A highlight of my summer was seeing Ken back at the helm.  He is a master teacher and an even better person.  I am so thankful for his investment in our community.  We’re lucky to have Ken!”

After helping with the high school’s musical in the spring, he had an in with some of the students already and worked to form friendships with the new students to ensure they were comfortable with him directing and teaching.

In addition to writing drills, he held basic music rehearsals and sat in on interviews for prospective band directors. Gunlicks said he was pleased with how the new director, Michael Greene, held rehearsal skills and interacted with him, the students, and the administration.

“I look forward to wonderful things happening in the music department,” he said.